Supporting the implementation of the Vietnam National Tobacco Control Legislation

To support the implementation of the TC Law, which came into effect from May 1st 2013, a nationwide mass media campaign was launched by Vinacosh – Ministry of Health and the Youth Union, with technical and financial support from World Lung Foundation. The campaign included a new TVC about where smoking was now banned under the new law, a mobile media campaign and a petition on the website vn0khoithuoc.com, which collected nearly 3,000 votes. 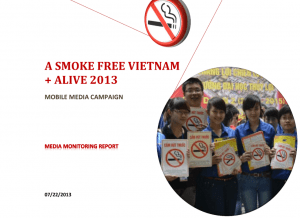 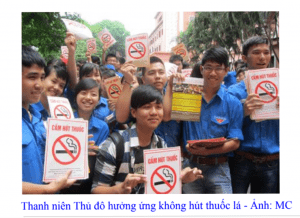