Cigarettes are eating you alive (Phase 1)

Decision No. 1315 of the Prime Minister approving the plan to implement the framework convention on tobacco control

In support of the Prime Minister’s Decision No. 1315 approving the plan to implement the framework convention on tobacco control, the Ministry of Health and World Lung Foundation launched a campaign entitled “Cigaretts are eating you alive” on December 16, 2009 to raise awareness about the harmful effects of tobacco and second-hand smoke on the health of both adults and children. The video clips on tobacco control used in the campaign have been broadcasted in the US and developed countries around the world, but Vietnam is the first Asian country to participate and localize these materials. Images and information about the campaign are widely disseminated on television and newspapers. 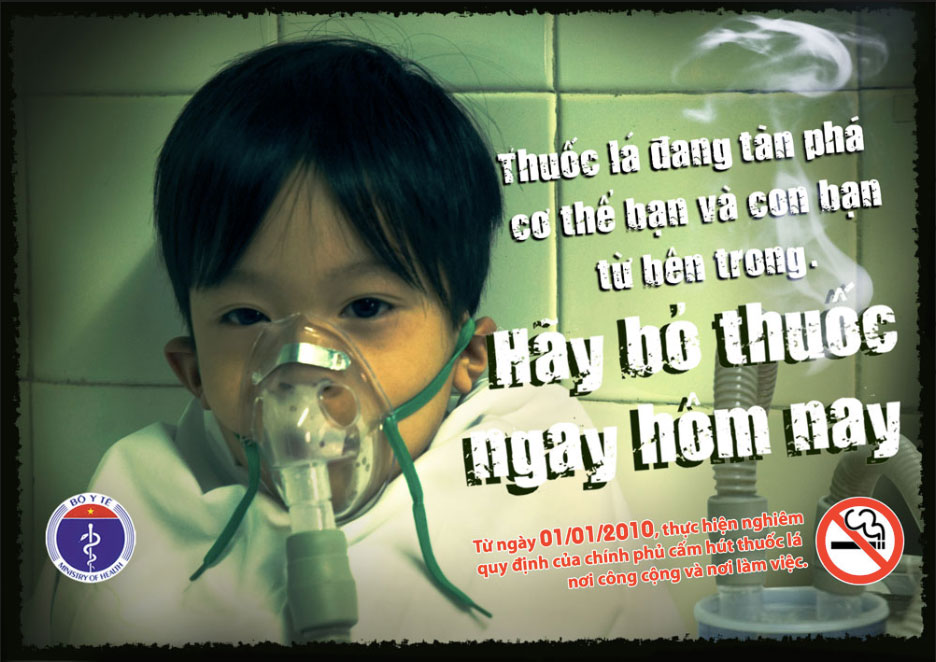